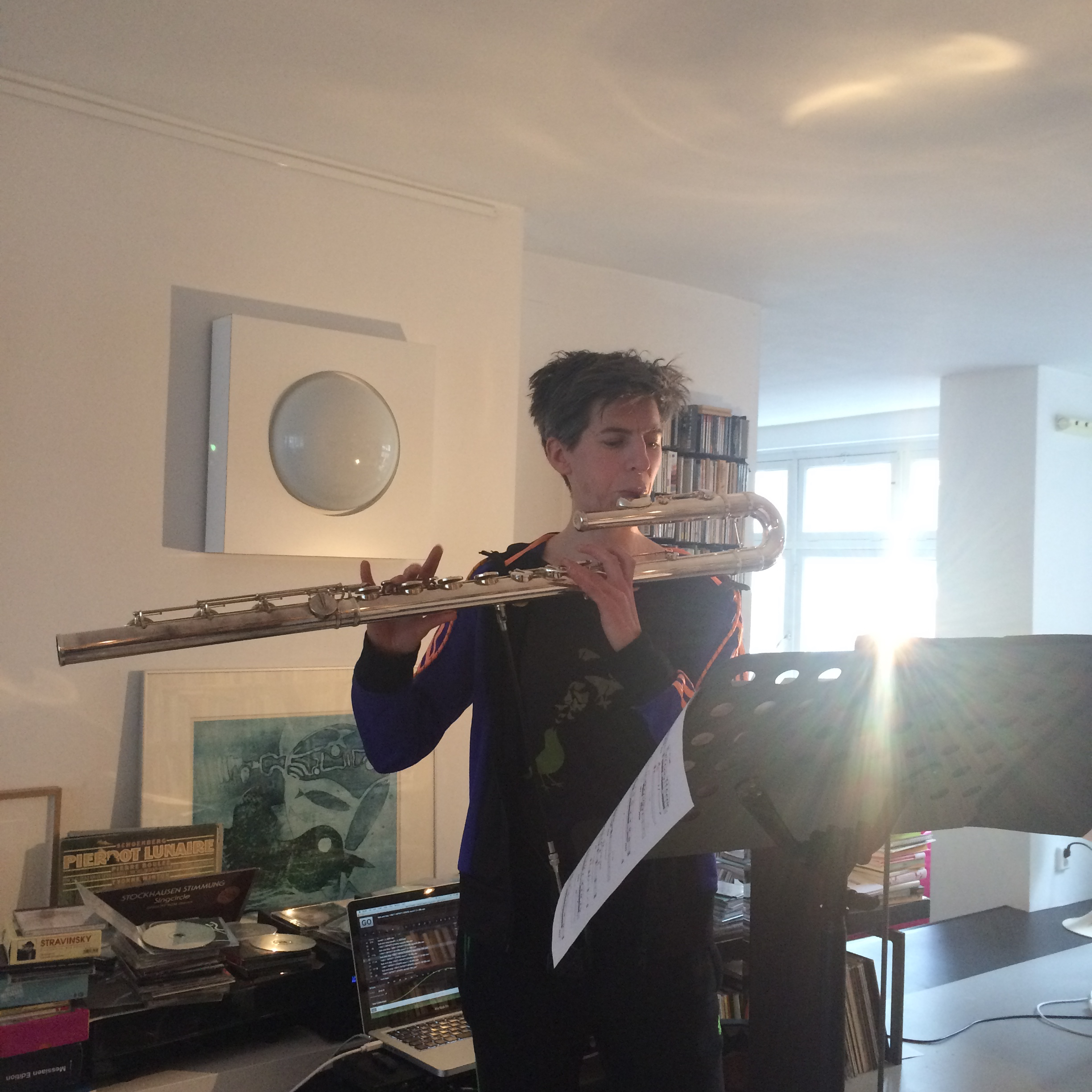 article 8 [infinity] (2014) by Rozalie Hirs is a microtonal composition for flute and electronic sounds. Highly lyrical melodies are enveloped by, or cut through, electronic glissandi that move along in several large waves. The electronic waves are custom-synthesized by the composer from pure sine waves, employing binaural beatings and ring modulation only. article 8 [infinity] (2014) investigates the overtone realms of the solo works article 7 [ways to climb a mountain] (2012) and article 6 [waves] (2013) for bass clarinet and electric guitar respectively, both with electronic sounds. The three pieces can be played either separately as solo works, or in conjunction, i.e. simultaneously, as the trio infinity stairs (2014). All mentioned works were composed with financial support of a Stipend by the Netherlands Foundation for the Performing Arts.

support
article 8 [infinity] (2014) was composed with financial support of a Stipend by the Netherlands Foundation for the Performing Arts.

a MIDI pedal for triggering the electronic sounds, to be played by the flautist on stage, and laptop

publisher
Rozalie Hirs’s music scores are published by Deuss Music. The score of article 8 [infinity] (2014) can be purchased through this link (click here).

further technical requirements
1.) QLAB software, to be installed on the above mentioned laptop
2.) The ‘article 8’ QLAB sampler, to be obtained through Deuss Music
3.) Amplifier and mixer in the concert hall
4.) Stereo loudspeakers, to be placed on stage
5.) Optional amplification of the flute (i.e. microphone, cables)