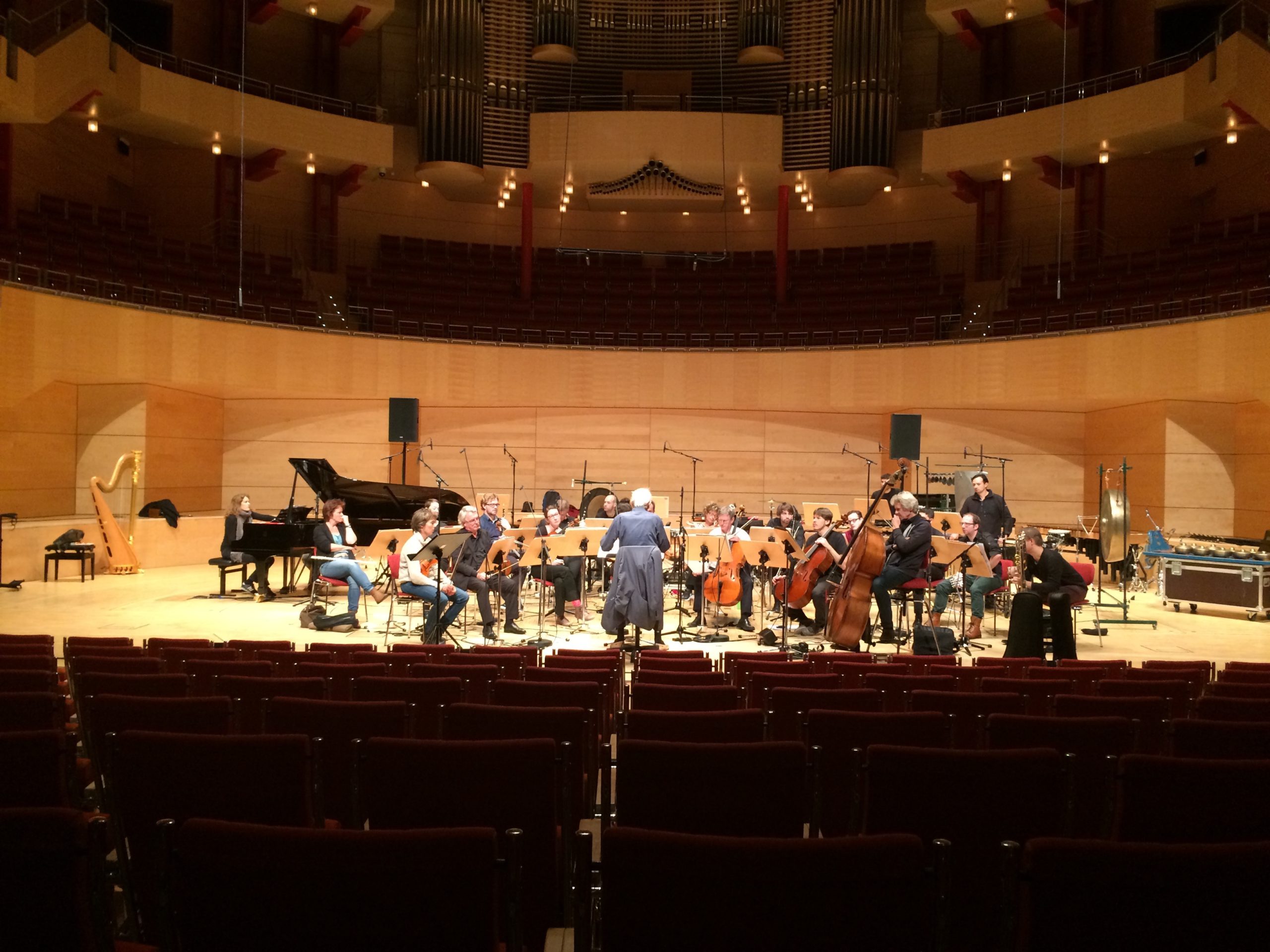 The present music notation system is based on twelve-tone equal temperament, corresponding to semitones, meaning that not all frequencies and pitches may be captured. Expanding the present system to a 24-tone or even 48-tone tempered tuning, corresponding to a resolution of a quarter tone and an eighth-tone respectively, will lead to a larger choice of pitches, yet still entails approximation of frequencies into a notation grid (quantification).

Rozalie Hirs composed the honeycomb conjecture for large ensemble and electronic sounds (2015) in a continuum of frequencies. This means that Hirs first calculates frequencies and other musical parameters to generate the electronic sounds, as well as the instrumental score performed live. For the score of the honeycomb conjecture Hirs, then, approximates the resulting the frequencies to the nearest semitone, while indicating the cents deviation above the notated pitch. This deviation is a percentage with respect to the nearest semitone written in the score.

With special thanks to Casper Schipper for assistance with the sound synthesis in SuperCollider and to Jan Panis for the sound projection in the hall.

commission
the honeycomb conjecture for large ensemble and electronic sounds (2015) by Rozalie Hirs was commissioned by Philharmonie, Essen, Germany, for Festival NOW! Prismen. It was first performed by ASKO|Schönberg and Reinbert de Leeuw (conductor) on 8 November 2015.

a MIDI pedal for triggering the electronic sounds, to be played by one of the musicians, and laptop

further technical requirements
1.) keyboard, connected to laptop with QLAB software installed
2.) The ’the honeycomb conjecture’ QLAB sampler, to be obtained through Deuss Music.
3.) Amplifier and mixer in the concert hall
4.) Stereo loudspeakers, to be placed within the ensemble
5.) Optional amplification of the ensemble (i.e. microphones, cables)

publisher
Rozalie Hirs’s music scores are published by Deuss Music. Score and parts of the honeycomb conjecture (2015) can be purchased through this link (click here).

The above picture by Rozalie Hirs shows the rehearsal her new work the honeycomb conjecture (2015) with ASKO|Schönberg and Reinbert de Leeuw at Philharmonie Essen on 8 November 2015.